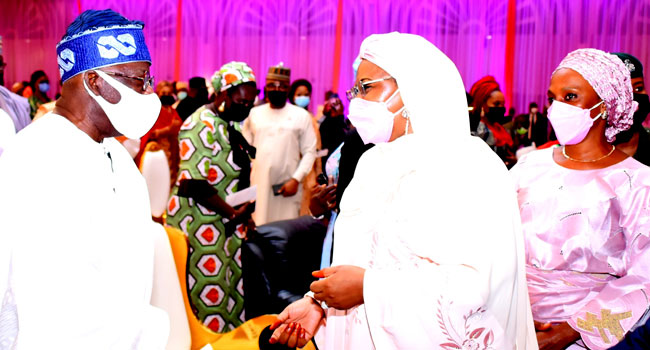 The National Leader of the All Progressives Congress (APC), Bola Tinubu, on Thursday described the First Lady, Mrs Aisha Buhari, as a voice of conscience.

He also commended the President’s wife for her virtues of sincerity and courage, as well as her contributions to the development of the country.

Tinubu, a former governor of Lagos State, made the remarks at the public presentation of a book on the First Lady, titled “Aisha Buhari: Being Different,” held on Thursday at the State House in Abuja, the nation’s capital.

He narrated the activities of Mrs Buhari during the 2015 general elections, saying they were instrumental to the President’s eventual success at the polls.

The event was organised by the Office of the First Lady, in collaboration with a gender-based non-governmental organisation – Women and National Development.

Gov Yahaya assures of freedom of religious practice in Gombe

Insecurity: Be mindful of your utterances – Arewa group cautions leaders