Attacks, abduction of school children: NSCDC may consider deployment of personnel to schools 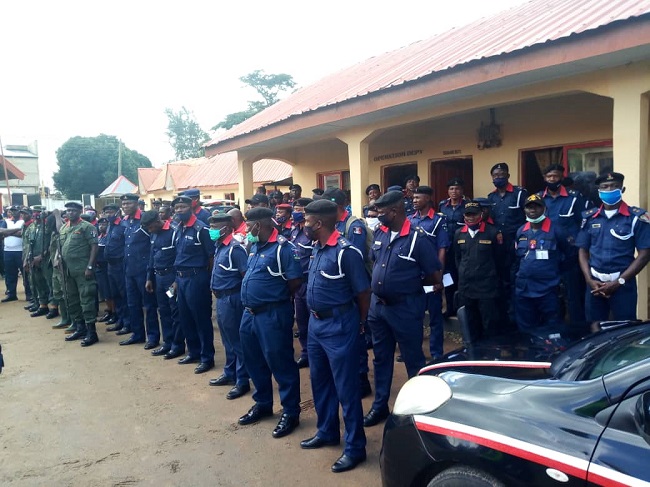 THE Acting Commandant-General of Nigeria Security and Civil Defence Corps, Mr Hilary Kelechi Madu has condemned the recent spate of attacks and abduction of school children, saying this has dented all the security agencies in the country.

While reacting to the attack on the Goverment Science College, Kagara, Rafi Local Government Area of Niger State and abduction of students and teachers, the NSCDC boss said the Corps would consider deployment of some of its personnel to beef up security in schools.

He said this would be done in collaboration with other security agencies in the country, noting that the task of securing the country was not only for Civil Defence, Police, or the military but for all to join hands in responding to the challenges.

He said even though it was extremely difficult to deploy the personnel physically to all schools in the country, especially in a state like Niger State that has the largest landmass in Nigeria, saying what is important is intelligence sharing by…