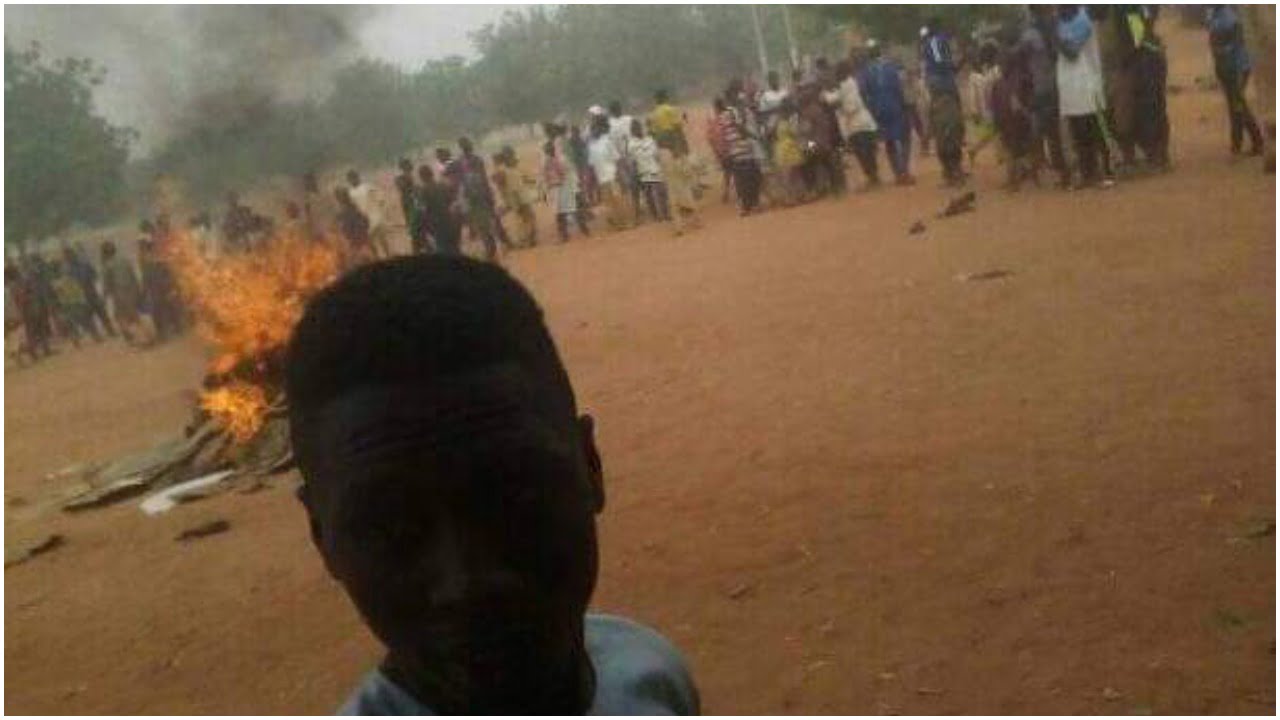 DAILY POST gathered that the deceased, who was taken to police post in the village on Monday after his alleged blasphemous act, was forcefully taken away from the outpost by a mob on Tuesday and lynched in broad daylight.

Mai Ruwa, who was said to be mentally deranged, was said to have blasphemed Prophet Mohammed on Monday when a girl came to fetch water from his borehole without his consent, an act which was said to have infuriated him and kicked he her bucket.

According to a source in the village who narrated what happened to journalists, the girl begged the deceased in the name of God and the Prophet to allow her to fetch the water but he got so angry to the extent that he allegedly insulted her parents and the Prophet.