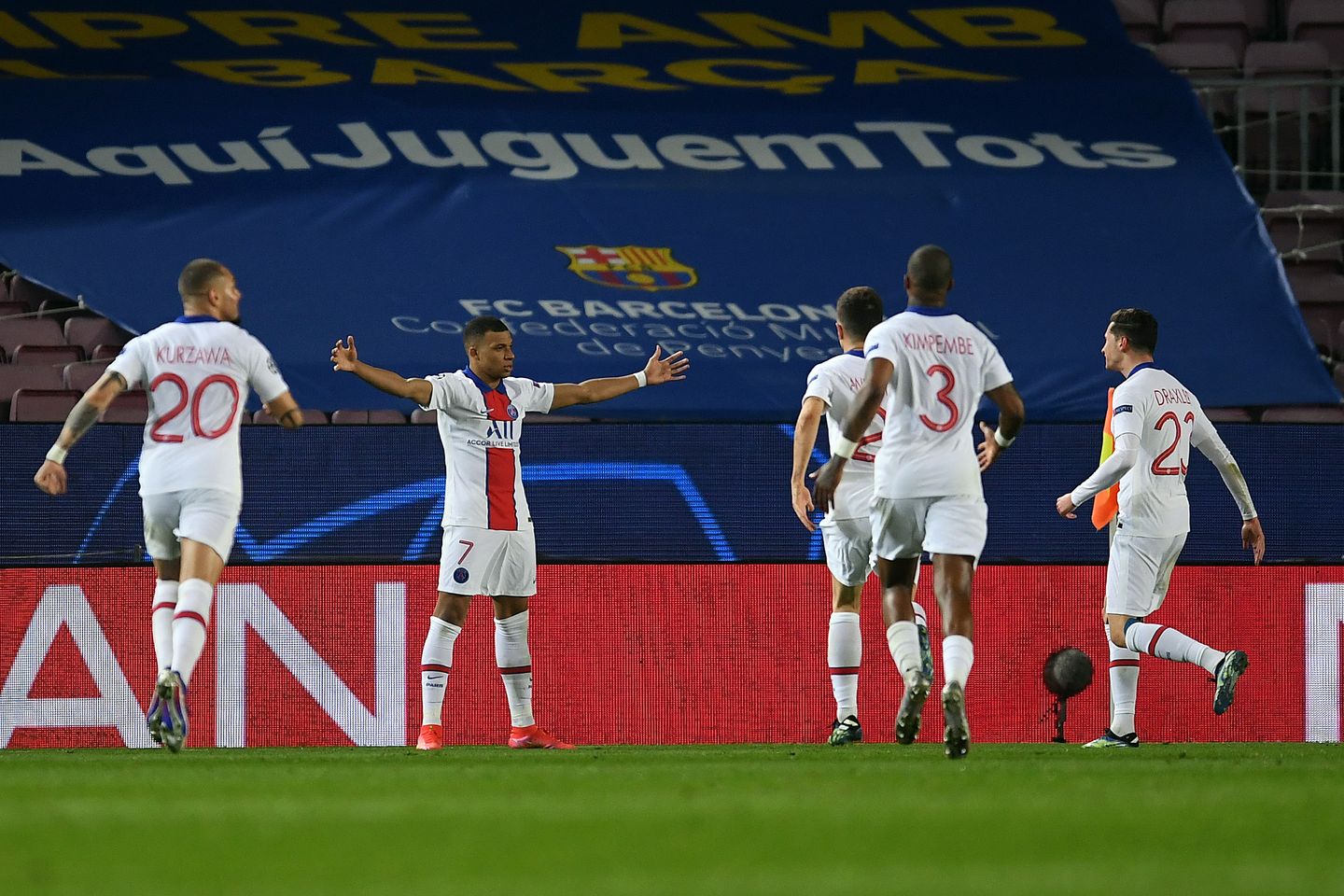 Kylian Mbappé scored a hatrick to help Paris Saint-Germain beat Barcelona 4-1 at Camp Nou in the Champions League round of 16 on Tuesday.

And reacting after the game, the French said he had always wanted to give his team the best of his performance.

Also, his national teammate and Barcelona forward, Antoine Griezmann, described the game as a bad one for him and his teammates, adding that they will now have to work until the last second in the second leg in France.

Barcelona dominated the early stages of the game with Keylor Navas denying Griezmann before Lionel Messi scored from the spot after Layvin Kurzawa tripped Frenkie de Jong in the area.

However, PSG responded emphatically with Mbappé firing in the equaliser, and struck twice midway through the second half.

Mbappé netted his second of the night after Alessandro Florenzi burst in behind the home defence, then Moise Kean headed in a Leandro Paredes free-kick to make it 3-1.