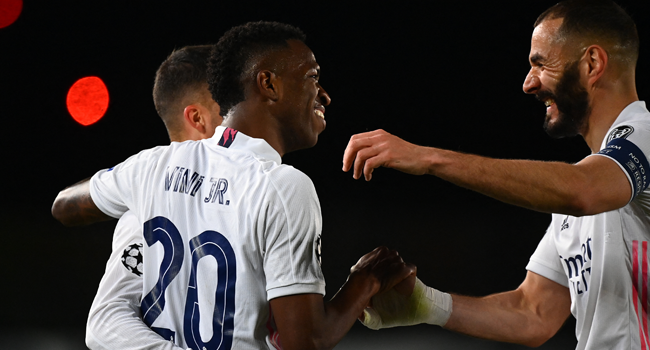 Vinicius Junior scored twice as Real Madrid made Liverpool pay for more defensive errors on Tuesday, a 3-1 victory putting them in sight of the Champions League semi-finals.

Vinicius and Marco Asensio both profited in the first half after darting behind Liverpool’s makeshift back-line before a simple move from a throw-in gave Vinicius a simple finish in the second.

Mohamed Salah’s strike shortly after the interval briefly made it a contest at Valdebebas, with an away goal certainly a significant consolation for Liverpool to take into…