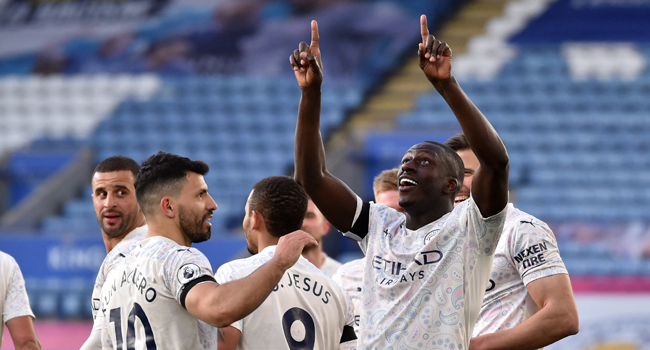 Manchester City moved ever closer to a third Premier League title in four seasons as a rare goal from Benjamin Mendy and Gabriel Jesus’s strike earned a 2-0 win at third-placed Leicester on Saturday.

Pep Guardiola’s men now hold a commanding 17-point lead at the top of the table, albeit Manchester United can cut into that gap with two games in hand.

However, it appears a matter of when, not if, City will reclaim the status of English champions after losing their crown to Liverpool last season.

City are even aiming to go one better than their domestic treble of Premier League, FA Cup and League Cup two years ago by winning a first ever quadruple in English…

Five months after, police yet to find monarch’s killers