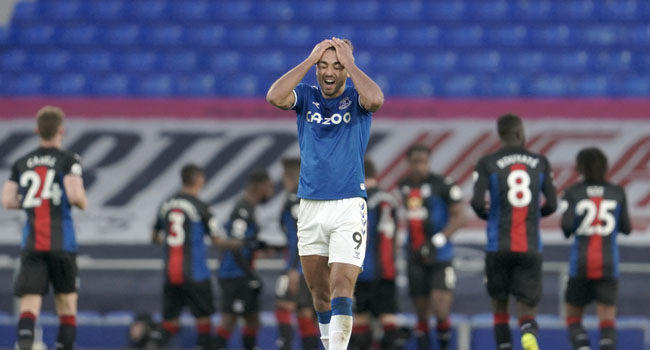 Everton’s hopes of a top-four finish in the Premier League were dented by Michy Batshuayi’s 86th-minute equaliser to salvage a 1-1 draw for Crystal Palace at Goodison Park on Monday.

Iheanacho Beats Harry Kane, Others To EPL Player Of The Month Award

The Toffees were made to rue a string of missed chances either side of James Rodriguez’s opener as they only narrowly closed the gap on fourth-placed Chelsea to four points.

Rodriguez’s return from injury for the first time since Everton ended a two-decade wait to beat Liverpool away in the Merseyside derby in February sparked a far more enterprising performance from Carlo Ancelotti’s men.

Supreme Court judgment: Why I won’t vacate my seat – Senator