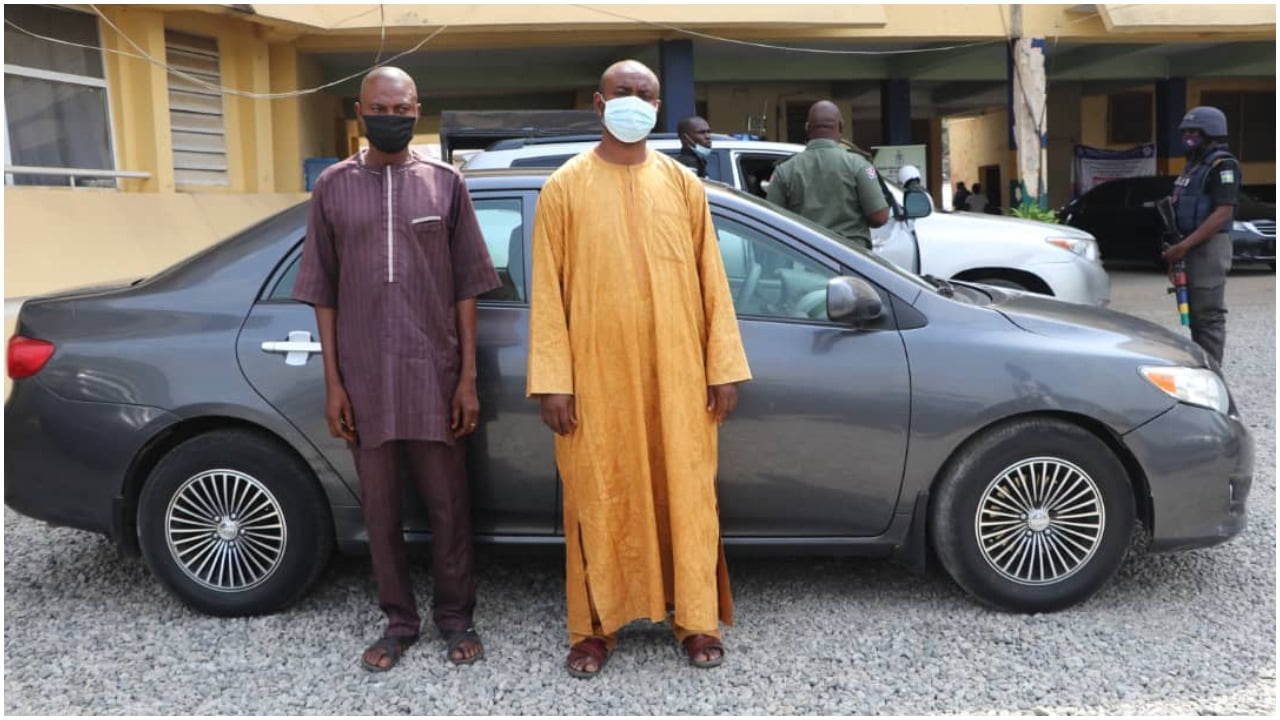 The Public Relations Officer, ASP Mariam Yusuf, in a statement gave the suspects’ names as Abdullahi Mohammed, 37, and Mohammed Usman, 35.

The duo were intercepted by operatives from the Wuye Division during a coordinated operation.

Mohammed and Usman had attempted to sell a vehicle snatched at gunpoint along the Tudun Wada axis of Niger State.

“The suspects confessed to being members of a five-man syndicate operating along Niger-Abuja axis,” the Police said.

The statement assured other gang members will be arrested. The two in custody will be arraigned at the end of investigation.

Faces of car snatchers nabbed in…

How Nigeria can tackle insecurity – Oyetola