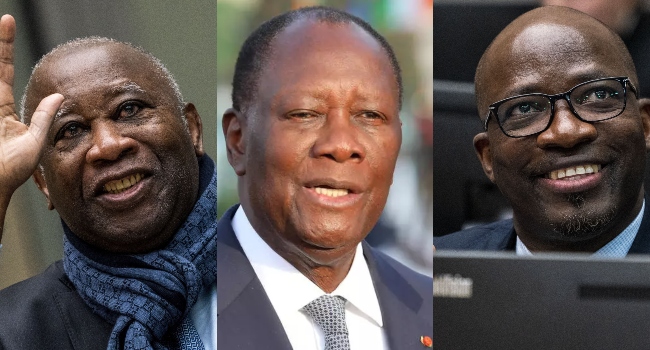 Ex-president Laurent Gbagbo and his former right-hand man Charles Ble Goude are “free to return to Ivory Coast when they want” after they were definitively acquitted of crimes against humanity, President Alassane Ouattara said Wednesday.

“Arrangements will be made so that Laurent Gbagbo can enjoy, in accordance with the laws in place, the advantages and allowances available to former presidents,” Ouattara said at the start of a cabinet meeting in Abidjan.

He spoke a week after the International Criminal Court (ICC) upheld Gbagbo’s acquittal, with appeals judges confirming that he was finally in the clear over a wave of post-electoral violence in 2010-11.

Gbagbo was the first head of state to stand trial at the tribunal in The Hague.

More than 3,000 people were killed in the brief civil war which followed Ivory Coast’s 2010 president…