‘It was More Than 10 Minutes Of Gun Battle’, Soludo Narrates How He Was Attacked 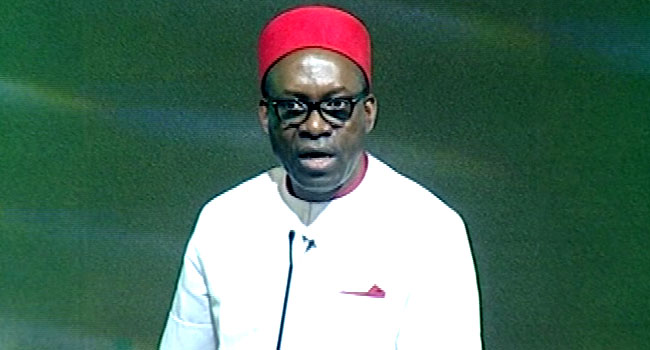 Twenty-four hours after gunmen attacked a former Governor of the Central Bank of Nigeria, Prof Chukwuma Soludo, he said the operation lasted for more than 10 minutes.

Bandits had opened fire during a town hall meeting at the Isuofia community in Aguata Local Government Area of Anambra State, killing three of his security aides.

But Soludo, who spoke on Thursday during an interview on Channels Television’s Politics Today, narrated how gunmen attacked him.

“When it was all over, it took several minutes, 10 or 15 minutes of continuous gun battles going back and forth of stopping, starting again,” Soludo said.

“By the time we all came back, we saw three bodies lying in the pool of their blood. They were the three policemen. May God grant their soul eternal rest.

“At first I thought, maybe the policemen were shooting in the air. Until I began to hear people screaming an all of that…

Most accidents caused by recklessness not bad roads – Amaechi