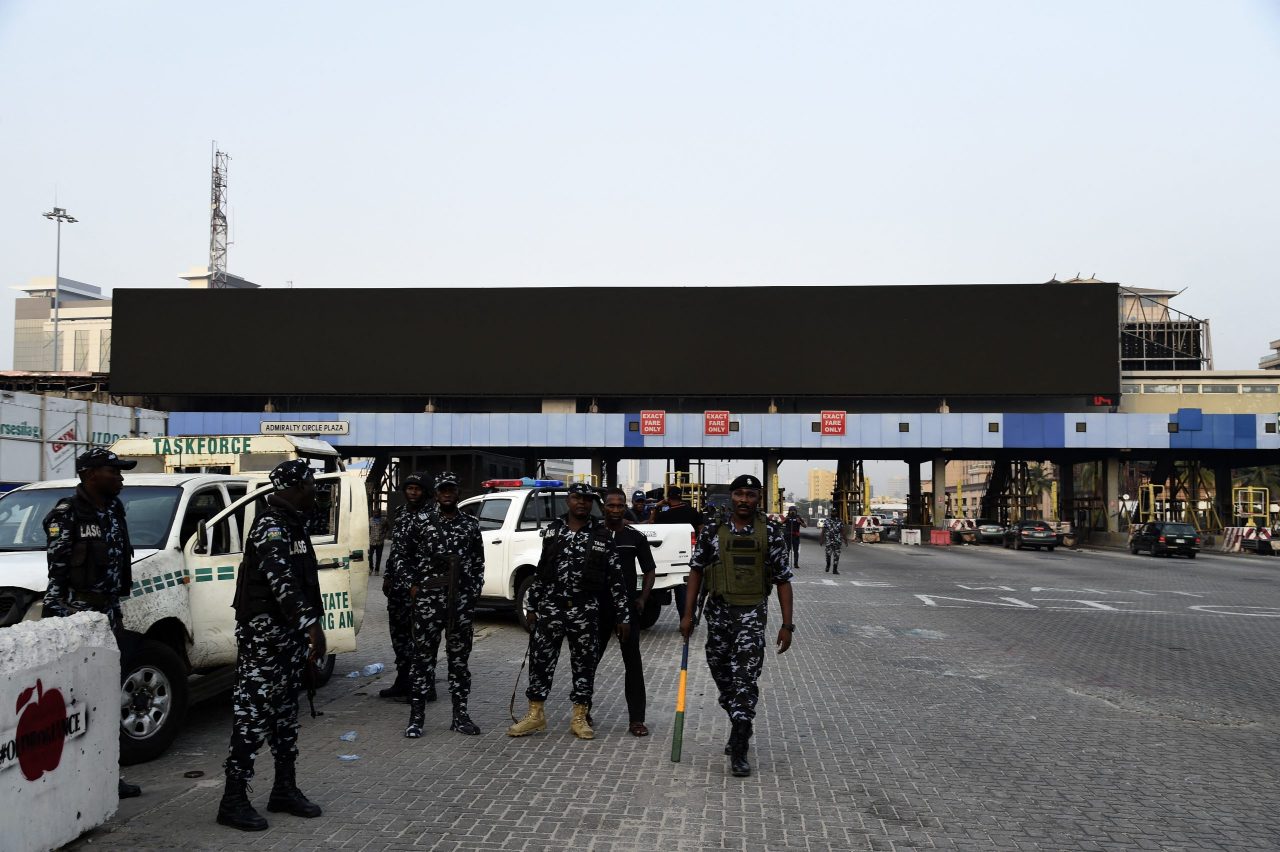 Nigerian policemen man a tollgate at Lekki district in Lagos on February 13, 2021 after activists called protests demanding justice for victims of a deadly shooting during demonstrations last year.

Nigerian police arrested a small group of protesters in Lagos on February 13 after they tried to hold a rally demanding justice for victims of a deadly shooting during demonstrations last year.

Activists had called for new protests after a judicial panel authorised the reopening of the city’s giant Lekki tollgate, where security forces shot at protesters in October.

Residents of estates around Lekki, under the aegis of Lekki Estates Residents and Stakeholders Association (LERSA), have given the Lagos State government and Lekki Concession Company (LCC) some conditions for the re-opening of the Lekki tollgate plaza.

It contained these in a statement issued by the association, comprising over 80 estates and communities, on Sunday. In the statement…

Poverty of the Mega Rich, By Osmund Agbo