Niger President To Be Sworn In On Friday After ‘Attempted Coup’ 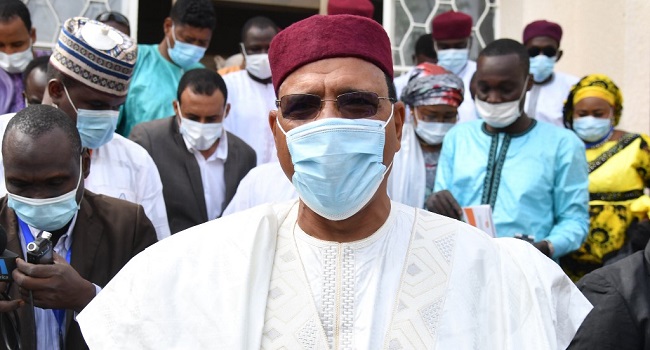 Niger’s newly-elected president Mohamed Bazoum is set to be sworn into office on Friday, a democratic watershed overshadowed by jihadist violence and alleged coup bid two days ago.

Pope Reunites With Cardinal He Fired In Holy Week Mass

The inauguration will mark the first-ever transition between elected presidents in Niger’s six decades of independence from France — a historic moment that has been widely praised.

But the Sahel country’s instability and insecurity have been deeply underscored in the runup to Friday’s ceremony.

In the early hours of Wednesday, after gunfire broke out near the presidency in the capital Niamey, the government announced an “attempted coup” had been thwarted — a “cowardly and regressive act which sought to threaten democracy and the state of law”.

Serie A: What Cristiano Ronaldo did to me – Ghanaian forward, Emmanuel Gyasi