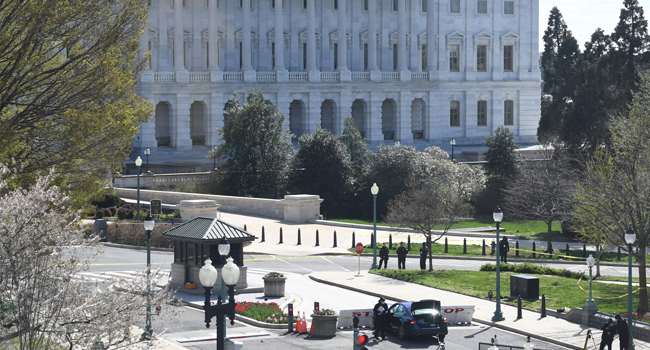 A car is seen crashed into a barrier near the US Capitol on April 2, 2021 in Washington, DC. Eric BARADAT / AFP

One officer was killed and a second injured Friday after a vehicle rammed through security and crashed into a barrier at the US Capitol, forcing it into lockdown less than three months after a mob assault on Congress.

Capitol Police shot dead the driver after he jumped out of the car and lunged at them with a knife, Acting Chief Yogananda Pittman told reporters.

No information was available on the identity of the attacker or his motivation, but Washington Metropolitan Police Chief Robert Contee indicated that a terror link was not suspected at this stage.

“It does not appear to be terrorism-related, but obviously we will continue to investigate,” said Contee.

Leicester vs Man City: I’m delighted with Iheanacho, Ndidi is one of the best –…

Akure residents protest over failure by BEDC to energise transformer