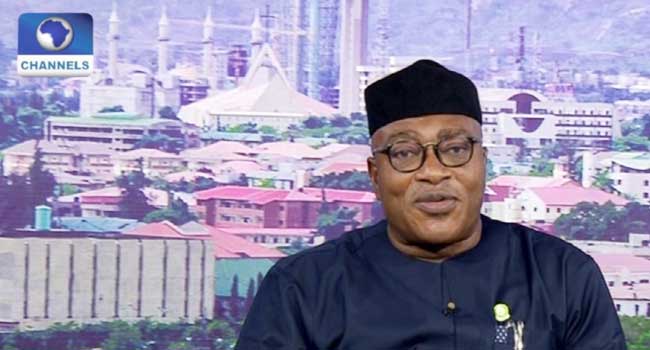 Ex-DSS Director, Mike Ejiofor speaks on the security challenges in the country.

A former Director of the Department of State Services, Mr Mike Ejiofor on Monday said the recent reduction in cases of banditry across the country could be attributed to the Ramadan fasting currently being observed across the country.

Ramadan is the ninth month of the Islamic calendar, observed by Muslims worldwide as a month of fasting, prayer, reflection, and community.

The Sultan of Sokoto last week had signalled the commencement of the Ramadan fast, after a moon sighting.

READ ALSO: There Won’t Be Elections In 2023 If We Don’t Sort Out Security – Ex-DSS Official

“Some of them too pray. They are religious people. They don’t come from the sky. At times, they also want to pray to God. Even an armed robber will pray to God to save him from his operations.”

Nigeria has been experiencing a series of security threats ranging from terrorism, banditry, militancy, cultism among others in several parts of the country.

The country has been battling terrorism for more than a decade which has killed 36,000 people and displaced hundreds of thousands in the northeast.

The Islamic State of West African Province (ISWAP) split from the jihadist group Boko Haram in 2016 and has since become a dominant threat in Nigeria, attacking troops and bases while killing and kidnapping passengers at bogus checkpoints.

On March 1, jihadist fighters burnt down a United Nations humanitarian compound in the town of Dikwa after dislodging troops, killing six civilians.

Nigeria’s jihadist violence has spread to neighbouring Chad, Cameroon and Niger, prompting a regional military coalition to fight the insurgents.

“Danfo buses to be remodeled, not scrapped” – Gov. Sanwo-Olu