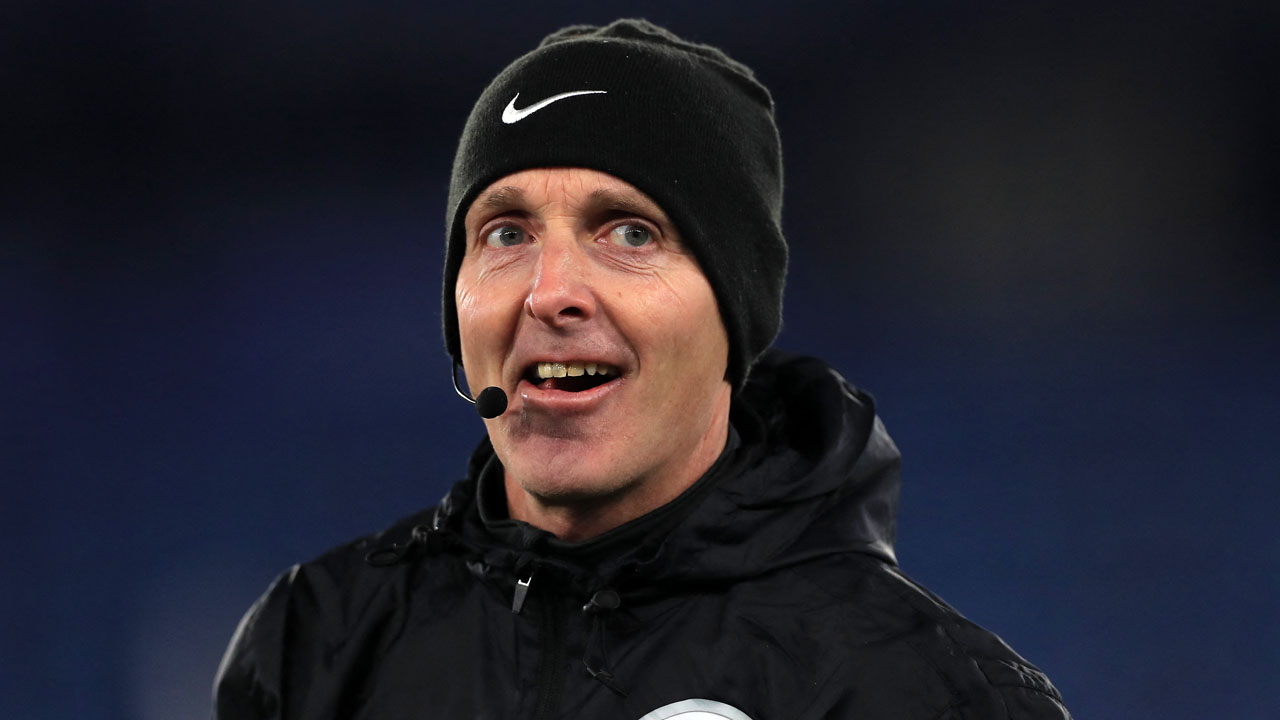 Referee Mike Dean warms up ahead of the English FA Cup fifth round football match between Leicester City and Brighton and Hove Albion at King Power Stadium in Leicester, central England on February 10, 2021.

Premier League referee Mike Dean will take charge of Burnley’s game with West Brom on Saturday after excusing himself from last weekend’s action following death threats made against him.

The 52-year-old and his family received the threats last week on social media after he was involved in two controversial red card incidents.

Both were subsequently rescinded on appeal.

Dean asked to be stood down from last weekend’s round of Premier League fixtures, although he did go ahead and referee the FA Cup fifth-round tie between Leicester and Brighton last Wednesday.
He received widespread support not only from Professional Game Match Officials Limited but also the Premier League.
Richard Masters, chief executive of the Premier League,…