You must give Aba people nothing but the best – Gov Ikpeazu charges lawmaker-elect, Ebisike 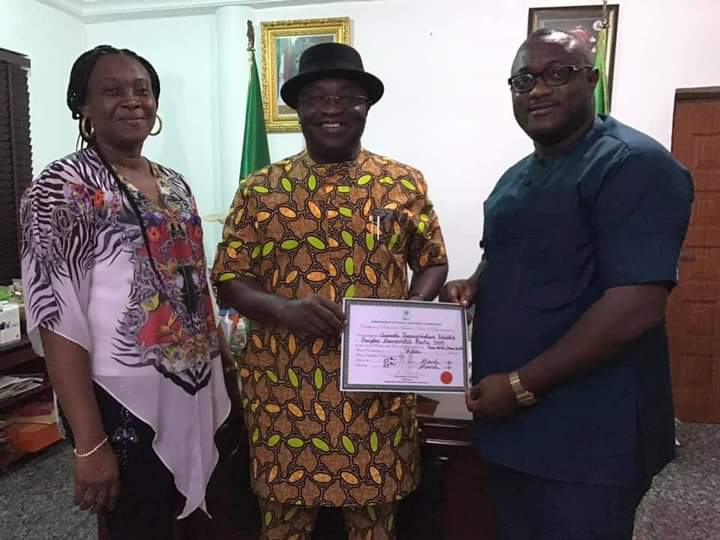 Governor Okezie Ikpeazu of Abia State has charged the House of Representatives member-elect for Aba North/Aba South Federal Constituency, Hon. Chimaobi Ebisike to give his best while representing the people of Aba at the Green Chamber of the National Assembly.

Governor Ikpeazu gave this charge on Thursday, at the Governor’s Lodge, Aba while receiving Hon Ebisike who had come to present to him, his Certificate of Return from INEC.

He congratulated Ebisike for the victory and reminded him that he is a product of the collective will of the people of Aba and as such must repay them through effective and result oriented representation.

According to him, Ebisike must at all times remind himself that his emergence was not his making alone, but was the will of God which found expression through the efforts of the people of Aba.